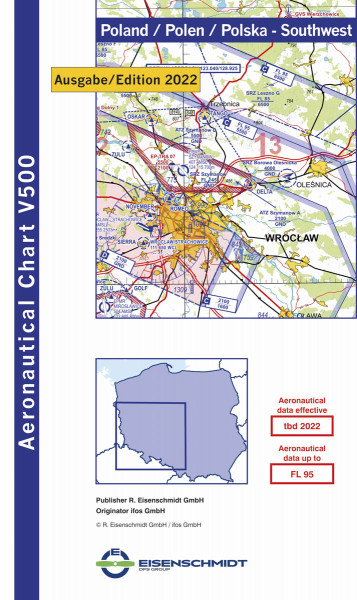 ATIS and VOLMET frequencies
Semi-circular flight altitudes VFR and VFR remote control
Information on the altimeter setting
Light signals
The Visual and VFR 500 is available in the following country editions: